Jerome Williams is a Georgetown University graduate, renowned athlete, television producer, head coach and popular businessman with an impeccable reputation and mega heart. He is known for his professionalism and the willingness to readily give back to those less fortunate.

Among his many accomplishments is his General Manager Certification by Sports Management Worldwide, the official certification to operate an NBA team. Williams led the league in rebounding percentage in 2000 and was ranked 3 rd overall in offense.

He also collected three NBA Community Awards throughout his career for his community engagement, philanthropic activity, and charity work. Whether on the court, in the home, in the community, or in the classroom, he provides 110% effort, and now inspires students, athletes, and executives to do the same.

During his 9-year career he effectively engaged in a broad spectrum of roles and responsibilities: an NBA starter; and NBA rebounder; a communication advocate; and a NBA Player’s Union representative. In 2000, other NBA players recognized his passion and his leadership traits and Jerome was selected serve an executive role as their union vice president. 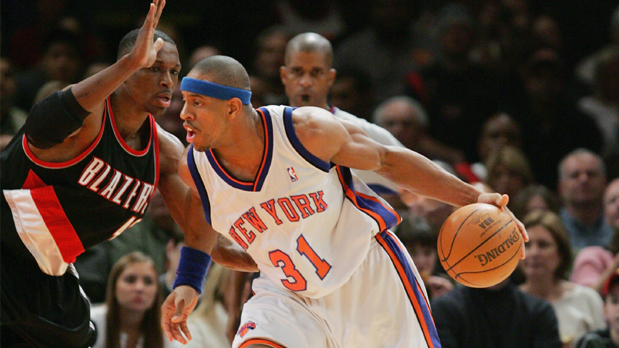 In addition to his NBA Community Awards, his community efforts gained him national media exposure, humanitarian/community service awards, and two special invitations to dine at the White House during the George W. Bush administration. For Williams’ efforts in 2011 to prepare high school students with life skills for independent living he was named “Sports Ambassador” to the Toronto District School Board (TDSB). The Fannie Mae Foundation also awarded him with their national Home Team Community Service Award for his work helping rehabilitate inner city neighborhoods.

A well-respected keynote speaker, business advisor, and author, Jerome Williams delivers a powerful message of personal transformation and reinvigoration to audiences around the world. Jerome’s presentations bring his listeners vitally important lessons and insights about their professional and personal choices and possibilities. Jerome prides himself on preparation and research. He tailors every presentation to the particular topics, concerns and challenges that impact the audience, delivering passionate and inspiring messages for each. As a result he makes deep connections with all audiences wherever he goes.

He graduated from the historic City College High School in 1988. While he excelled at baseball, he soon realized his true love was for the game of basketball. Charles was the starting point guard for the varsity team and quickly rose to the rank of captain.

Charles attended Bowie State University in Maryland. Charles caught the eye of a representative from the world-renowned Original Harlem Globetrotters and signed a contract to join the team. He moved to the top of the pyramid by becoming a high-profile member of the team until 2001 when he sustained what some thought would be a career ending back injury. He soon recovered and began playing for the Harlem Wizards from 2001-2002 and then overseas in the Euro League with the Vienna Basket Hounds from 2002-2003. Charles has played in all 50 States and in 26 countries. He was recognized as one of the greatest dribblers in the world.

Choo has been featured on local and national television networks like Fox News, NBC, ABC and Cornerstone Television. Choo has appeared on television shows like Good Fellas of Baltimore, a Fox reality show, and the new ABC Reality show Ball Boys. As a humanitarian, Charles “Choo” Smith has and continues to touch the lives of youth throughout Maryland and across the world.

Today, Charles resides in Maryland and is married to his wife of 12 years, Damali Smith and together they raise their three children, Ayanna, Charles and Layla. In addition, Charles continues to work with the Choo Smith Youth Empowerment and no matter what time of the day, if a child needs to talk to him about anything, he always makes himself available. While at the same time advancing the Shooting for Peace initiative with NBA Legends.

Choo has the ability to reach children and youth right where they are in life. Rather its through is speaking or his talent with a basketball, his drive and determination will not allow him to ever leave any child where he found them. His motives and heart are pure from the sense that he wants nothing from the children and families he helps but to position them to be successful. The integrity that he exhibits magnifies itself in everything that he’s involved with. Choo does not compromise his ethics and faith in Christ for any reason. He has a heart of gold.

From Choo’s point of view, failure is never an option. He pushes the athletes he trains to reach their full potential. He gives of his time, money and whatever is needed of him freely.